This is a video of Sarah, Grace and Gloria. These are three girls who has been with us from the ages of three for Sarah and five for the twins Gloria and Grace. They were educated at Akwadum Christian school. The three of them have passed their BECE’s and have started senior secondary school.

The orphanage consists of up to 15 children of various ages. Some of the orphan’s parents are deceased and were looked after the grandparents who are unable to cater to the children’s needs. Other orphans had to start working from an early age in order to find food to eat.

We at ACV believe that children must be looked after so that one day they will be able to look after someone. We provide a loving home with guardians who look after, monitor them and provide them with food and clothing.

As well as looking after orphans, we have now taken in pregnant teenage girls who have been kicked out of their homes by their parents.

These pregnant teenagers are forced to live in the streets on their own which is very dangerous for not only themselves but for the unborn baby.

With your donation we will be able to improve living for the orphans, accommodate the elderly and also improve education. Every child deserves the best in life and with this being said education will help them to not only achieve academic excellence but also given them a chance to become whoever they would like to be.

Please give what you can to support this project. The children will gratefully appreciate it. 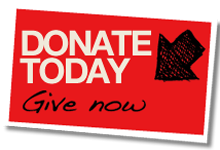 Here’s what your donations will mean: